MobilDeniz: : It is the mobile application of a private bank in Turkey. When I was in QA team, I helped the development team by writing a reusable, customizable alert/popup controller. Before iOS 7, UIAlertView had sub views which were reachable publicly. In the project, the alert/popup customization was done by modifying sub views. But with iOS 7 Apple changed the implementation, therefore the app crashed. With my component the problem solved and still the app uses my component for showing alerts and popups. Also I did bug fixes and code optimizations with implementing core design patterns like Singleton. For the security layer we also used Kobil SDK besides our standard checks like jailbreak control.

Anadolu Jet: In the company, there was a team, called QA, which was responsible for the maintenance of the published applications. I started to work with this team. I was lucky since the team was quite important part of the company and also I found the opportunity to work in different projects like this one. This application is the main application of the one of the biggest flight companies in Turkey. You can buy tickets, make reservations, do check-ins and much more in the application. In this application, I did code reviews mostly, especially in service structures such as collecting service calls in one class to ease the management of loading views. I also did bug fixes and minor improvements like supporting retina screens.

Magma: It is a mobility solution empowering large-scale enterprises with sophisticated e-commerce infrastructures to manager their mobile ecosystem from a single platform. We developed the platform’s development framework that offers mobile-specific structures helping businesses construct robust and native mobile apps faster than any other platform. The framework actually is a common business layer of m-commerce applications. It uses t-orc framework for core development. It has business models that is common for m-commerce modules like login, basket, pay modules etc.

Unnado: It is the mobile application of a shopping site which sells products used by babies, moms & children. This app is forked from t-appz (as v0). I was not actually in the project but I helped development by doing bug fixes and code reviews.

Evidea: It is the mobile application of a shopping site which sells furniture and home decoration products. This project is forked from t-appz (as v0). I was not actually in the project but I helped development by doing bug fixes.

Vodafone Cep Cüzdan: It is the mobile wallet application of Vodafone which is one of the biggest telecommunication company in Turkey. The app enables contactless payments via QR code technology in more than 20000 cafes and restaurants by matching Vodafone subscribers’ GSM numbers with their bank’s credit or Cep Nakit card number. It provides money transfers, Cep Lira top-up, add-on airtime purchases, card balance and transaction history queries, save and send account creation. It also finds nearest restaurants & Vodafone Shops and displaying discounts in these restaurants. Public transportation support & HGS top-up function support also provided by the application. After 6 months in the QA team, I participated the development team to develop this project which is the second biggest project in my career. Also it is the first project that is developed with auto-layout feature in the company. The company sent me to the WWDC 14 as a reward for my successful work in this project. Also they promoted me as a team leader after our team leader was left the job. In this project I also improved my mobile security knowledge by implementing SSL pinning and static code analysis done by Fortify Scan.

Carrefoursa: It is the mobile application of a retailing company which is one of the largest hypermarket chains in the world. This project is forked from t-appz (as v0). I and one of my team-mate cut the irrelevant part of the app, did some code reviews together. Then he started to develop the application on his own. Sometimes I helped development by writing components such as device manager that provides some methods about device.

MobilDeniz iPad: It’s the iPad application for MobilDeniz. I was not actually in the project but I wrote some components for accelerating development. For instance, I wrote a location manager class which handles access and authorizations with CoreLocation framework.

Fatih AR: It was the first app that I met and used augmented reality in my career. The development was challenging but also enjoyable. There was not much thing I developed with the technology of that time. However it was a good experience for me.

Fatih Mobil Tablet: It was the another application for Fatih Municipality, content was the same as Fatih Mobil but designed specifically for iPads. I was responsible maintenance of this app too, same as the Fatih Mobil app.

Adapazarı Belediyesi: In the company there was a partially generic codes for creating a new application specific to a municipality. For instance, if a municipality wanted an app that basically introduces the mayor and services it provides, in a couple of weeks the application would have been ready. First service link was updated. Then UI changes (background images, main colors etc.) were done. After that if there was any additional feature or any changes that the municipal wanted, they were started to develop. So this app was the first app that I entirely developed by using generic codes.

Yenibiris: It is the mobile application of the yenibiris.com. It’s one of the popular career apps in Turkey with 400k+ installs. With version 4.0, developed entirely from the start. Written in Swift 2.3 at start but in 2017 March the code is converted to Swift 3. In the app you can search and filter the job advertisements, see the details of advertisements and apply if you want to the application. Also you can favorite the advertisement and update your application later if not seen by the company.

Bionluk: It is a mobile application of a online marketplace offering tasks and services in Turkey. The marketplace is primarily used by freelancers. It’s like Fiverr. It is my first swift project. I developed whole project in swift 2.3. In this project, I implemented a messaging part using pusher’s library. I also integrated AWS SDK to download & upload files to AWS S3. Furthermore, I dealt with 3D secure payment with crypto libraries. This project is also important for me since it was the first of our freelance projects. 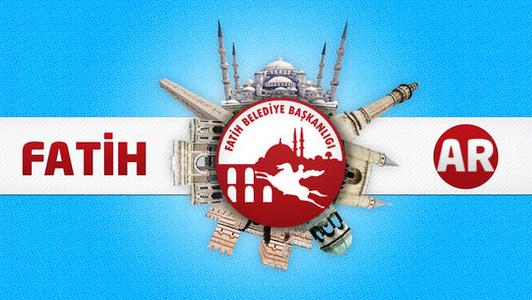 Halbank Mobil: It is the mobile application of a large Turkish state-owned bank. In the last 1 month of my career in the company, I developed some modules in the app such as foreign change/exchange modules. Also I helped the GTM & UAT bug fixes.

Fatih Mobil: It was the first mobile application in my career. The application was on the store, when I started here. In this app mostly I dealt with fixing bugs and memory problems. I published minor updates for the app.

T-appz: t-appz is a native m-commerce platform, in other words, it is a DIY native mobile app building platform to create a shopping app for e-commerce site. This application is a demo app for the platform. The AR-GE team developed it as a version 0, after this version released, there was a roadmap and design change. At this point I did code reviews, since this project is the most important project in the company, seen as an investment project. Therefore, the core structure of the app must be as flawless as possible. So we detached the business intelligence part (here service models, requests and responses) from the demo part (UI/UX). After a while the business intelligence part became a framework, written entirely by me.

Hürriyet: It is the mobile application of Hürriyet. Hürriyet is one of the popular news & media company in Turkey. The app is downloaded over 1M+ during lifetime and keeps growing rapidly after version 6. Also the app is one of the most active apps in news & media in Turkey. The app has 300k+ monthly active users. Major features are;
◦    Read news (categorized like sport, economy, local, travel, etc.) in Turkey and the rest of the world (categorized as World)
◦    Read columns written by famous columnist i.e. Murat YETKİN, Gülse BİRSEL, Ayşe ARMAN, Ahmet HAKAN, etc.
◦    Push notification (segmented & broadcast)
◦    Offline reading (only columns of the day)
◦    Easy transition between news and adjustable font type size
◦    Text to speech & bookmark (save for later read) feature in news & columns

Atlasglobal: This application is also the main application of the another biggest flight company in Turkey. One of my teammates actually maintained the application. I worked together in a short time. We dealt with mostly bug fixes and code reviews to stabilize the infrastructure of the application.

UYAP Mobil Mevzuat: It was the first app that I completely developed and maintained. Also it was the first biggest project that shaped my future. In my opinion after developing this app, I became a shining star. Therefore this application was one of the most successful project that I worked. The app contains regulations, written laws, state council decisions, etc. that are related to Turkish law. In the app you chose a category (you can chose all of them if you want) to read it or to search in it. When you selected, the application started to download the selections. The downloaded files were compressed files i.e zip files. In the zip files, there were text files that includes the contents of the categories. First I opened the zip files to traverse the text files. Then I read the files one by one, keeping memory stable since ARC was not available that time so all memory situations were handled by me. Then I saved the contents to a database by using sqlite. Also in this app, sometimes I took a project manager role by communicating with the clients so I gained experience another subject.

Teknosa: It is the mobile application of a technology retailing company, called Teknosa, which is the one of the biggest company in the e-commerce market in Turkey.